For everyone who ever wanted to know anything about the Better Mental Health Magazine editor, and to be fair to everyone who has shared their story with, this is my story. 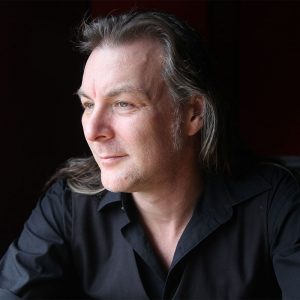 We are regularly contacted by people who want to submit their experiences with mental health and wellbeing. These are incredibly personal accounts from real people living real lives. Some of these will end up in the magazine and others are on our website. We usually ask for a brief biography and a photo. We feel that helps everyone else see that people with mental health stories are real and normal people, just like everyone else. Some people are comfortable with that which is fantastic, others not so much and that’s okay too.

Occasionally, I’m asked about me. Which is fair enough. I ask about you because I’m interested. I should be grateful that you want to know about me. But, like many other people, I have difficulty talking openly about myself. But I should. So, this is it.

This is about me, for those of you who tell me about you. Thank you.

Where to start? I often tell people that what makes BMH Mag different, or special, is that the editor (that’s me) isn’t just someone with media experience, but also someone with personal mental health experience. It’s as real and important for me as for anyone who reads or contributes to the magazine. I believe I have the technical, business and personal experience to make it work. At least I hope so.

My childhood memories are vague. However, there are a few key things that I remember clearly. I remember my mother criticising people for suggesting that a woman we knew was struggling with alcohol dependency, when in reality she had Parkinson’s disease. Another time, we walked past a homeless person and she told me never to judge because I’ll never know what lead them to that situation. She introduced me to a man with dementia, several times, and explained why he would never remember me. She talked about a family friend from her childhood who struggled with alcohol addiction and regular attempts at withdrawal. I believe my mother introduced me to mental health as something that was considered taboo and fearful by many, but also common and acceptable and never to be judged. She did that about many things.

But about me. At primary school, I pretended to be sick so that I didn’t have to go to school for a week at a time. Other weeks I jumped of bed, eager to get there. I had strange feelings as a primary school child, making me feel sick for no reason. I tried to explain it to my parents but was dismissed. One day, browsing through a dictionary (we didn’t have games devices or the internet then), I saw the word ‘anxiety’. I read it repeatedly. It was like a light had just been switched on. Those feelings finally made sense. I showed my parents and they dismissed it as something that didn’t happen to children. Times were different then. Skip forward ten years. Nothing much changed.

When I started working, I met a young woman who I probably did love. In retrospect, she somehow understood when I was high or low and somehow supported me through those. That might just be how I remember it. But we broke up and I moved on. I then married. I was married for 14 years to a woman who said my moods were simply attention seeking and that my fear of social situations was just that I didn’t like her family or friends. She could have been right; I certainly didn’t know any better. But it didn’t last.

I moved from that to a relationship with a chronic alcoholic. During that time I was (incorrectly) diagnosed with depression. Thankfully, that didn’t last. However, it was three years in a codependent relationship that nearly destroyed me. But I overcame it. Quickly.

Through counselling, correct diagnosis of several disorders, learning about mindfulness, practising yoga, significantly changing my diet (over a few years), reducing alcohol, increasing sleep, and actively taking control of my life and my mental health. For the first time, I had awareness and was able to manage my life.

Then I met the woman who would later become my wife. She is incredibly supportive of me, my mental health and the magazine. If not for her, I probably would have given up by now. But she hasn’t so I haven’t. If such a thing exists, I believe she is my soul-mate.

I’ve learnt so much about mental health along the way, and a lot about me. Some good, some challenging.

But that’s only one tiny aspect of me. Like everyone else, I am more than my mental health disorders and, as important as it is, I’m more than the magazine.

I grew up wanting to be a creative but, sadly, I’m not. I mostly worked in Information Technology (computers) and sometimes wrote about technology. At school, I was told that my ideal job would something menial. I have a Business Degree and an MBA. I have managed multi-million dollar projects and sales deals. I don’t like technology. I’m probably a Luddite. I love music and wanted to be a drummer. In fact, I am a drummer, just a really bad one (my paraddidle is terrible). I have a daughter. We were incredibly close until she was fifteen. We’re estranged right now but hopefully that will change. It upsets me only when I think about it and I only think about it every single day.

I love music. All sorts of music. Not particular styles but particular artists. Those with substance and integrity. Iron Maiden, Depeche Mode, Tom Petty and the Heartbreakers, Indigo Girls, Disturbed, Johnny Cash, Tchaikovsky, Nick Cave and the Bad Seeds, Grieg, Juan de Anchieta, Ne Obliviscaris, and Peter Gabriel are some of them. Steve Harris (of Iron Maiden) is one of my heroes. My current goals in life are to see Depeche Mode and Tom Petty live. Great Expectations is still my favorite novel.

I’m passionate about history and science and technology and psychiatry but at a conversational and anecdotal ‘wow, that’s interesting’ kind of way. I love food, especially ice-cream and cake and eat mostly whole food. I like to go out all night, mostly in the alternative scene because more people there are more genuine than anywhere else I go. Maybe. Most of my friends are there. I wear black. Only black. It’s a daily reminder of the daily struggle that most people with mental health issues go through. I love art but despite many attempts, I can neither draw nor paint. I love to write and have written several unpublished novels and some pretty good short stories, mostly about the difficulties of everyday life for everyday people. I’m good at a lot of things but think it’s better to be great at one thing. I’m afraid of almost everything but only admit that to my closest friends and try to never let it show.

Most days, I honestly do get by with a little help from my friends, but sometimes I need more than that and my few close friends are there when I need them. I have three sisters, whom I love dearly, but my younger sister is my closest and has repeatedly helped me through difficult times. I wouldn’t be who I am without her. I’d like to be closer with the other two. My mother has influenced me significantly. My father still doesn’t get me and probably never will, but that’s okay, we get on really well anyway. My brother-in-law is really cool and I’m grateful that he puts up with me. I’m incredibly grateful that my parents-in-law have accepted me into their family.

I love to travel. I love England in winter and Asia in summer. I prefer to be indoors and nocturnal but enjoy being outside during the day. My wife is the most important thing in my life. And yes, I understand that I need to be the most important person in my life, as does she in hers. Because that’s healthy. We are both a little alternative and far from perfect but perfect for each other. We don’t have any pets. I have had them but don’t at the moment. She would like a cat. I prefer dogs. I feel older and more worn out than I ever have. I don’t believe in altruism. I admire anyone who genuinely cares about others. I live life more than I ever have. I have struggled with my mental health my whole life. I am grateful to those who know me, the real me, and still want to be my friend.

Yes. That’s a brain dump. Because that’s me. It’s a great big messy mass of random stuff. Or, a rich tapestry. As we all are! Thanks for reading.

start at the beginning