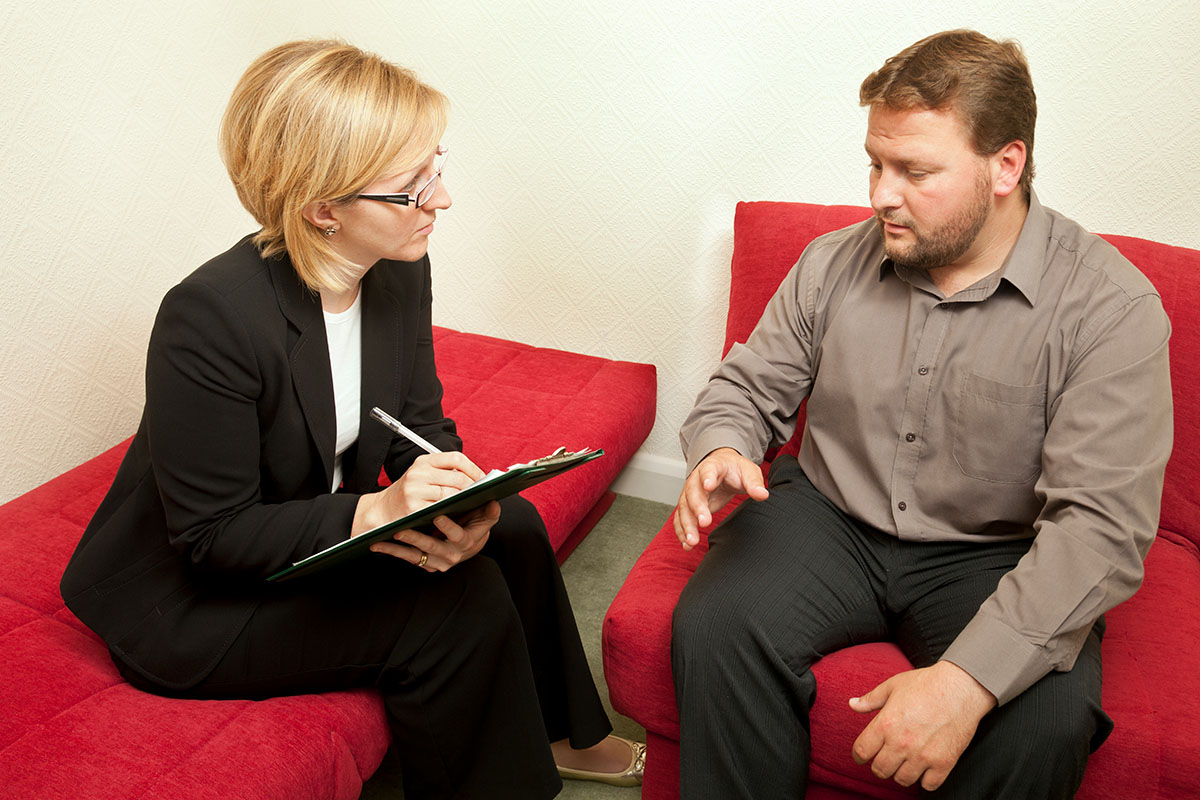 Depression is the ‘common cold’ of mental illness. It is the term used in psychiatry to describe “when the lowering of mood becomes relatively persistent and begins to interfere with a person’s ability to cope, either with work or study or personal relationships, or when the mood state is a source of substantial distress that is regarded as abnormal”. (Schweitzer and  Parker,  2007).

According to the Diagnostic and Statistical Manual of Diagnostic Disorders, also called the DSM-5 and referred to as the Psychiatrist’s Bible, this is the case when a person struggles almost consistently for more than two weeks with lowered mood.

People in the grip of this condition typically suffer from a persistent loss of self-esteem or self-worth, are far more self-critical than is socially useful, and are often afflicted with a strong sense of guilt.

The signs and symptoms of this syndrome include a significant loss of interest in common activities, often including good diet, exercise and personal hygiene, a significant reduction in the ability to experience pleasure (anhedonia), a loss of hope, and an uncontrolled fluctuation between euphoric states and states of low self-regard and despair in the case of a bipolar condition.

Biological features often include significant sleeping disturbances such as insomnia or hypersomnia. Other biological features include loss of weight or compulsory and compensatory eating patterns, and somatic agitation such as compulsive handwringing.

The sense of guilt typical for the emotional state of depression usually manifests as self-blame and strong remorse for past activities that have apparently caused others hurt and grief. Predictably, people who have struggled with this condition for a long time experience an increasing sense that suicide would be a useful solution for themselves and for people around them — which is never a rational or reasonable solution but a clear indication that immediate professional help is needed.

The clinical experiences of health practitioners and findings of researchers demonstrate that a wide range of complex and interrelated factors cause depression. This biopsychosocial view of depression — and many other physical and mental health problems — contradicts the understanding still held by many psychiatrists that the condition is simply caused by genetic factors, neuroendocrine abnormalities, and a dysregulation of neurotransmitters (the part of brain responsible for sending messages between cells). Most psychiatrists base their work on the currently favoured integrative model, which suggests that stress exacerbates the effects of genetic and developmental factors.

a wide range of complex and interrelated factors cause depression

Unlike most psychiatric texts in which “the first and last object is to manage the patient by managing his symptoms” (Virden, 2009), clinicians are increasingly concerned with creating a meaningful understanding of the emotional and physical state of depression. Using perspectivism as a philosophical underpinning, depression is described here by employing social-critical, trauma-related, somatic (factors relating to the body), and functional (our own life context) perspectives. Biochemical implications have varying contributions and effects on top of the clinical perspectives described here.

The trauma-oriented understanding of depression acknowledges and uses the body of recent research that links depression with early experiences of insecure attachment and, in more serious cases, with abandonment, neglect and abuse. Using object relations and attachment theory as frameworks of reference, this research associates depression and many other conditions with the self-development deficits resulting from developmental traumas. Research undertaken with almost 10,000 patients in 1998 by Felitti and his co-workers established that:

Psychotherapists and counsellors frequently experience that these results also apply to people who have not been abused or neglected as such, but who have grown up with parents highly stressed from internalised feelings and societal pressures. These insights are now spawning an emotional revolution that is shifting the emphasis from cognition to affect. Panksepp writes that:

The cognitive revolution, like radical neuro-behaviorism, intentionally sought to put emotions out of sight and out of mind. Now cognitive science must re-learn that ancient emotional systems have a power that is quite independent of neocortical cognitive processes”, (Integrative Psychological and Behavioral Science, 2008).

Ovtscharoff and Braun have established that the healthy and loving interaction between the newborn and the mother acts as a regulator of the child’s internal homeostasis. A healthy newborn–mother interaction ensures the normal development and maintenance of synaptic connections during the establishment phase of brain circuits. Thus, early developmental influences may affect our ability to cope in trauma related situations in later life.

Body-oriented psychotherapists, who integrate the talking cure with an understanding of the intimate links between body and mind, acknowledge the relevance of the trauma-related background but also emphasise the role of the body in this condition.

Central to this view is the understanding developed by Wilhelm Reich that muscular tensions serve to keep traumatic experiences unconscious, a process he called muscular armouring. We can see this mechanism in action when we consciously or unconsciously brace ourselves on the expectation of pain and discomfort, for example in the dentist’s chair. Muscular tensions, together with armouring of the connective tissues achieve this repression of feelings by fragmenting the flow of subtle energy in the ‘bodymind’.

This may sound strange to people in Western societies. However, such an understanding of energy and energy flow has a very long tradition in Eastern cultures that use Tai Chi, Yoga, Kum Nye Chi Gong, and many other ‘energy distribution’ and harmonisation systems to generate and maintain wellbeing and emotional integrity.

Depression, in this view, results from an energy fragmentation and accumulation that lock the depressed persons into the ‘prison of their bodies’. Suitable bodywork exercises are usually able to generate energy flow and provide crucial emotional relief in a short time. The outbursts of feelings that are often associated with this relief demonstrate the strong links between early traumatic experiences and depression. 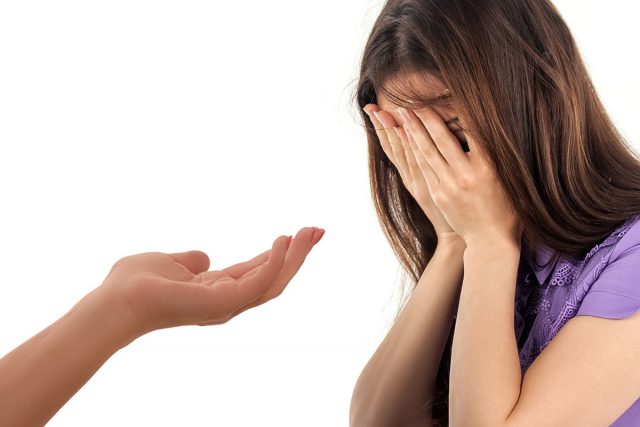 In her book, The Gift of Depression, Dr Lara Honos-Webb suggests that depression is meant to stop us in our tracks when we lead emotionally unsustainable lives. It is a challenge to review our core beliefs about life and to replace unsustainable perceptions, beliefs, and behaviours with more emotionally, socially and ecologically sustainable ones. Many of us may find such a positive and psychologically non-critical view of an ‘illness’ challenging and difficult to embrace. This only demonstrates how much our conscious has been shaped by the current modern paradigm by a science that often lacks meaning and purpose.

Honos-Webb’s view is in line with the views of progressive psychosomaticists who emphasise that pain and suffering serve to draw our attention to what is lacking in our lives. In the case of depression, following from this perspective, what is lacking is an internalised self-image of being worthwhile and unconditionally lovable.

It is important here to understand that the so-called ‘usual self’ that depressed people have apparently lost is really the disintegration of a false or ‘compensated’ self. This is the breakdown of a mask or persona that has disguised the deep lack of a coherent self, as self-psychologists would put it. The decompensation — to use a term used by psychiatrists in the past — of this persona caused by experiences that overwhelm the compensatory buffer system takes them into a state of regression where they are once again in touch with their painful childhood reality.

This is most dramatically visible in the profound state of depression labelled as psychotic and delusional. A good example here is a wealthy man with millions of dollars in his account who is fully immersed in the feeling of being in financial difficulty. He will be labelled as psychotic and delusional when measured with the yardstick of objective reality. Such measuring, however, is a grave empathic error because it misses the point. A more productive and useful starting point for a healing journey is the understanding that this man has exhausted himself through years of desperately accumulating wealth in the erroneous belief that this wealth will provide him with a stable and embodied sense of self and a sense of emotional integrity.

Empathically attuned counsellors and therapists can sow a seed for real change and healing by using this breakdown of unrealistic and defensive belief, thereby instilling hope for a future life with emotional integrity. The alternative is often a lifelong struggle to control the surfacing feelings with psychopharmaceutic drugs.

The perspectivist approach described above demonstrates that depression is a complex condition that cannot be sufficiently explored from within one particular frame of reference. This also means that there is no panacea, not a single intervention that is able to make the condition redundant.

A holistic approach, that an increasing number of people with depression currently pursue, may be a more realistic and successful solution in understanding and managing depression.

If you enjoyed this article, you can find, read and share it in the free digital version of Issue 1. Or read it on your favourite platform.

Bullying does not only apply to acting out children, it unfortunately applies to adults as well. Being a bully is not something one usually outgrows. Bullying is a way of coping and can become a part of an adult’s everyday…