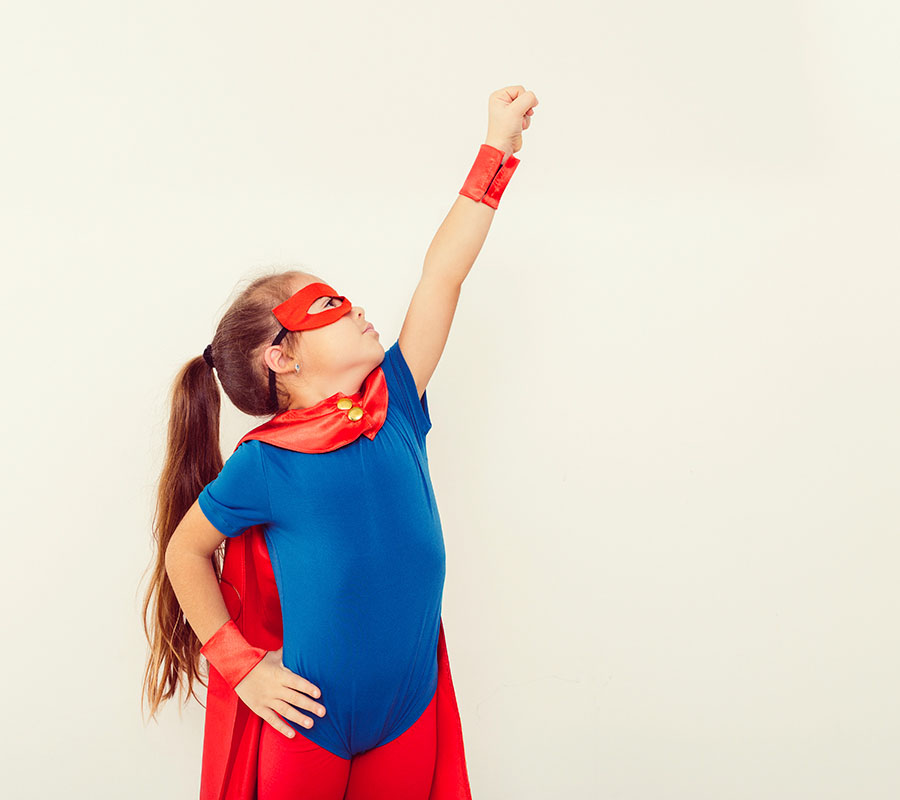 When I first began my recovery journey from Mental Illness, my partner told me: ‘I don’t care what illness you have; I will always stay by your side as long as you get some help’. So I did.

When I went to the doctor, I thought that I would also address the breathing difficulty I’d been having. He told me it was anxiety, but I didn’t believe him. After all, I knew my body better than anyone else, right?

He did some tests and told me that I had depression, anxiety and stress. He prescribed me some medication and I went home. I threw myself on my bed and bawled. I didn’t want these labels or this illness. As time passed though, I realised I also didn’t want to have to hide something like this.

It took me only a few weeks to begin telling people what was happening in my life. First, my family, and then my closest friends. Then, my roller derby team and my league. Finally, I wrote a blog post about it and told anyone who cared to read it.

By then, I was already on my way to personally shedding the cloak of stigma surrounding my mental illness. So (believe it or not), the more people I told, the easier it got, and therein lays the biggest secret of all; the more at ease you are with your mental illness, the less you care what others think. When you no longer care at all that people know, you will feel that cloak slip off your shoulders and you’ll be all the more ready to step forward.

Here’s where I start to talk about power. It’s such a strong word. For me, it carries notions of immense strength, leadership, respect, control, force, focus and success. To me, the idea of power is dichotomous: physical versus emotional. Physical power, for example the power possessed by the engine of a fighter plane, or in the leg muscles of a rugby player is the result of structure. Emotional power is given to the one who holds the power.

There are many ways in which we can give someone power. If they are charismatic and full of ideas, we can give them our faith that they will produce what they claim they can; this is how influential leaders create such devoted masses of followers. If we stopped giving that leader our faith, if every single person let that faith dissolve, then that leader would feel their power drain away.

It is with this idea in mind that I looked at my own mental health when I got sick of crying over my ‘labels’. I broke it down like this: 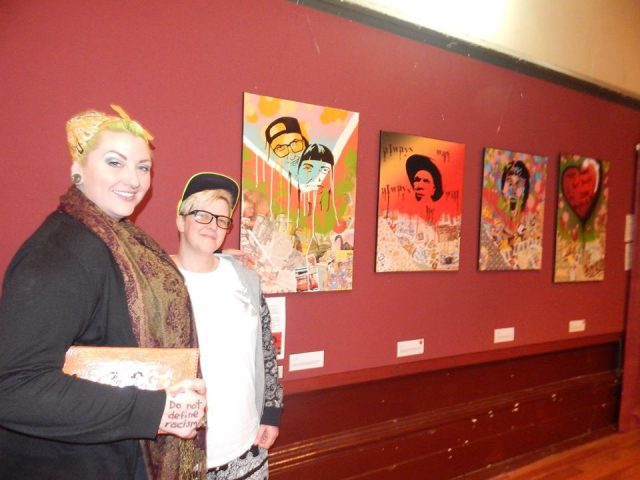 Once you shed the stigma, you have time for other things…

Why do I hate these labels?

Because I don’t want people to think I’m crazy.

Why would I care what people think?

Because I don’t want my friends and family to stop wanting to see me, I guess.

But if they truly care about me, then they would accept me regardless of what’s going on.

Well, yes I suppose that’s right, but I don’t want them to pity me, either.

Why would they pity me?

Because there is something the matter with me.

So? Mental illness is a measurable, treatable thing, like my asthma, or my allergies.

Yes, but mental illness is different…

But the doctor told me it is a chemical imbalance in my brain and I get treatment for it… really, it’s all part of my general health and wellbeing.

Hmm… that’s true. But there is so much social stigma surrounding mental illness!

People who don’t understand, misconceptions and lack of information.

So… I can educate people, starting with the people I know!

I guess I could do that, but what about the people I don’t know?

Who cares about them?

Yeah! I’ll just do what I can, with the people I can reach. The more I normalise mental illness, the more people around me will realise that the stigma is bogus, AND I can lead by example to others with mental illness… when they see the strength I have gained by understanding, embracing and normalising my own mental illness, maybe they can draw strength from that for their own situations!

And so it began. By reflecting, I realised that I can completely drain any power over me that the stigma has simply by holding my head high, not being embarrassed or ashamed and not hiding the fact that I suffer from mental illness. It’s amazing. Now, it doesn’t mean I go around grabbing random strangers by the arm and shouting ‘I’ve got mental illness and I’m not ashamed!’, because that would probably actually add to the stigma.

I have nothing to be ashamed of

What it means, for me, is that I view my mental illness (or mental health) as simply a small part of who I am, of what makes me me. Just like I don’t tell somebody I’m meeting for the first time ‘Hi, I’m Robyn; I’m a right-handed, gay, genderqueer asthmatic who loves robots and has a mental illness’, I also don’t hide any of those things, if they come up in conversation or if I am asked.

I refuse to give something unseen any power over me or my thoughts. I make it very clear to people that I am not ‘funny’ about my mental health, and they really have no choice but to not be ‘funny’ either. So far, I have not come across anyone who is, anyway, and I attribute that to the fact that I took that power away the moment I showed them that I am ok with it. So, that’s it in a nutshell.

For me to be able to really begin my recovery journey, the first thing I had to do was realise that I have nothing to be ashamed of. It’s just part of me and I’ll deal with it, like anything else that comes along.

Robyn’s Tips for Being Okay

Here are three quick tips for staring the journey to being ok with your mental illness. You’ll notice that they are all about what to do with other people. That’s because — in my opinion — the first step to being ok with your mental illness, and taking the power back is being able to openly tell people that you have it, and to not care if they know. 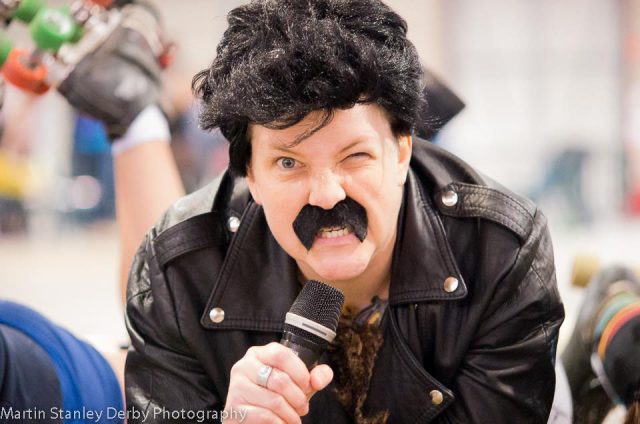 Think of a scenario when someone has done or said something that had an impact on you, mental-health-wise. Think about how you reacted. Odds are, you said nothing and just tried to ‘let it go’, or ‘get past it’, because you felt embarrassed about having to bring up your mental health.

Now, think of some ways that you could have said something. Try a bunch of different options. Try them in the mirror when nobody’s home. Try them out loud.

You deserve to be able to let people know when they have stepped over a line. If they’re a true friend, they’ll apologise and try not to do it again.

Give people a heads up

If you were a diabetic or allergic to wheat and a mate invited you over for dinner, you’d probably have no qualms about telling them your dietary requirements. It’s the same thing for mental health. I don’t like strangers touching me, and I especially hate meeting new people who feel they have to kiss me. So, I warn people.

When I met my in-laws for the first time I told my partner: ‘They’re gunna want to touch me. I am not down with that; I’ll be stressed enough already. Please spread the word that I am a hand-shaker. Go ahead and tell them that I’ll get all awkward if they try to hug me, I don’t care.’

So, that’s what happened. I did end up getting a few hugs and awkward kisses, but far fewer than if I had’ve just gone into the situation cold.

Most people have at least a handful of celebrities or sportspersons or other famous people that they admire. Even if you don’t subscribe to that whole Hollywood hubbub, I can pretty much guarantee that there will be at least one famous actor or musician that will have you saying ‘wow… he/she suffers from depression? I had no idea… but they’re still like, this awesome performer… how do they do it?’

It only takes a seed to grow inspiration, and where you get it from doesn’t matter.

At the end of the day, mental illness is everywhere; you only have to Google the stats. We need to start being ok with it, because there’s no reason not to be. Once we take that power back, we can stop spending so much time stressing that people will judge us and start discovering all the amazing things about ourselves that we were too busy to notice. 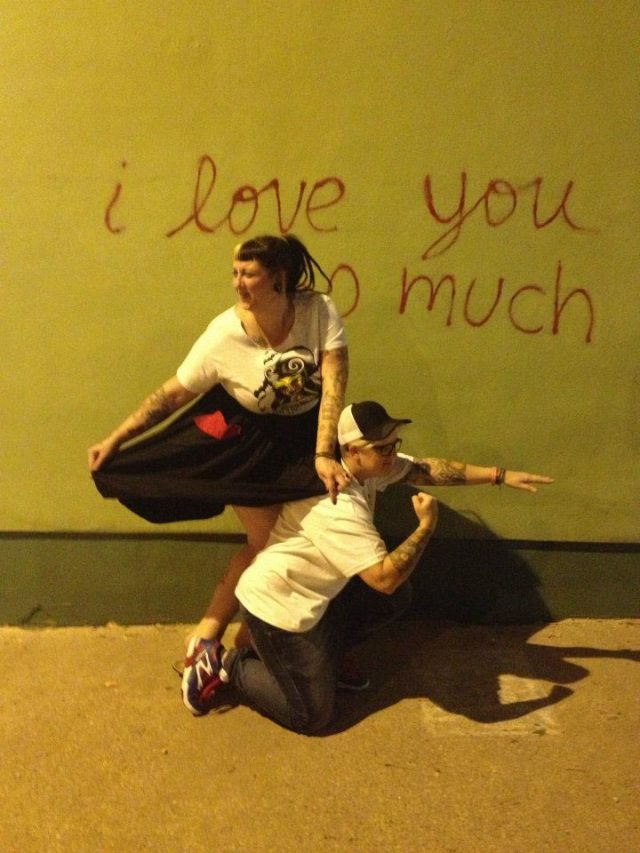 Once you shed the stigma, you have time for other things…

Robyn is a Peer Support Worker, has two degrees in creative writing and believes that writing is invaluable for self-reflection and healing.

She lives with her fiancé, two dogs and two cats. She loves to work on their house, write, draw, play ice hockey and be tattooed. She has been diagnosed with Depression and Anxiety with elements of social anxiety and has a weakness for Reebok Pumps.

If you enjoyed this article, you can find, read and share it in the free digital version of Issue 5. Or read it on your favourite platform.

my mental health and physical disability

Delali Norvor shares with us an intimate account of her own life with mental health and the tragic legacy mental health can leave behind. My name is Delali, and I suffered from depression. Her name was Ayo, and she, too,…

Recollections of a Suicide

a war without guns

Anne Peterson, author, poet and public speaker shares her very personal account as a survivor of childhood physical abuse. She has overcome many experiences of loss and grief and lives with Post Traumatic Stress Disorder I freeze. Tears run down…

Most people understand Alzheimer’s disease as a problem of “forgetting” – a memory problem. But it is much more than that; it is a thinking disorder, one that disrupts the usual patterns of thought conception, storage, retrieval and utility. As…